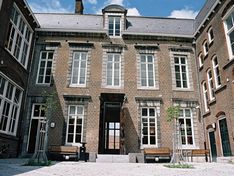 I’m still a member of the Centre for Ethics and Politics of Emerging Technologies (EPET). At our autumn conference, which is dedicated to the theme of ‘studying the game and playing it’, I’m going to reflect on what it means to be an intervening scholar. Intervention and experimentation are recent trends in the field of Science and Technology Studies (STS), partly I think as a response on the perceived normative deficit of the field, its fear of generalisation from situated case studies, and the current societal climate (that screams for intervening scholars). Will be fun and interesting, especially since I’m currently not studying emerging tech, but an old-skool tech practice: the symphony orchestra. See my abstract below.

Contamination and Entanglement: the normative positioning of the intervening researcher (or Wijzen met een Wapperend Vingertje)

Partly as a response to debates about the normative deficit of STS, many scholars in STS in recent years have not only scrutinized public participation practices, but started intervening themselves in the practices they study (Chilvers & Kearnes, 2016; Horst & Michael, 2011; Lezaun et al., 2017; Marres, Guggenheim & Wilkie, 2018). Many draw on a notion of experimentation to denote an heightened reflexivity in an open, generative, and collaborative practice of knowledge production, where normativies, attachments, risks and stakes are made explicit.

Drawing on his interventionist fieldwork in health care settings, Zuiderent-Jerak (2015) for example argues that the aim of social interventions is an artful contamination: a creative entanglement of the normativity of the practice and the normative concerns of the scholar, in a back-and-forth process of co-shaping, without risking co-optation (i.e. going native) or social engineering (Zuiderent-Jerak, 2015, p. 187).

Based on my own empirical fieldwork of intervening in a classical music orchestra, I reflect on what this normative contamination means in practice. How does this normative entanglement shape the criteria for evaluating when such an experiment is successful or not? And what virtues of the researcher are needed to combine description with prescription?