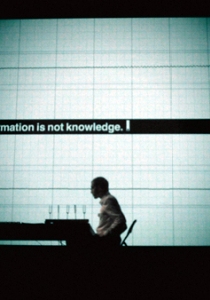 The performance Superposition of Ryoji Ikeda is quite special: “Superposition is a project about the way we understand the reality of nature on an atomic scale. It is inspired by the mathematical notions of quantum mechanics and is the biggest project that the leading Japanese electronic composer and visual artist Ryoji Ikeda has set up so far. Employing a spectacular combination of 21 synchronized video screens, real-time content feeds, digital sound sculptures and – for the first time in Ikeda’s work – human performers, Superposition explores the thrilling conceptual world opened up by quantum theory.”

Check out the full programme at www.strp.nl!